Posted By: Sachin Murdeshwar September 3, 2022
TODAY’S TOP NEWS: 3rd SEPTEMBER, 2022 (GPN):
NATIONAL and STATE NEWS:
1. Unique Identification Authority of India (UIDAI) has topped among all Ministries and Departments in resolving Public Grievances.
2. The nominations for Padma Awards-2023 is open till 15th of this month.
3. All female central government employees will be entitled for 60 days special maternity leave in case of death of a child soon after birth, the Department of Personnel and Training (DoPT) said.
4. The Supreme Court on Friday refused to entertain a plea to make Sanskrit the national language.
5. *J&K* : Shopian, Kulgam and Ganderbal districts are first districts in the Union Territory of Jammu and Kashmir to cover 100 percent households under the Ayushman Bharat Pradhan Mantri Jan Arogya Yojana Sehat Scheme (AB PM-JAY SEHAT scheme).
6. *KARNATAKA* : PM Modi inaugurates and lays foundation stone of various projects worth around Rs 3800 crores in Mangaluru.
He laid the foundation stone for the LPG and Bulk Liquid POL facility and storage tanks at the Port Authority. He also laid the foundation stone for a fishing harbour at Kulai.
7. On the charge of obstruction of traffic for safety reasons, Bengaluru Traffic Police will now penalise those who park their vehicles under underpasses and flyovers and seek shelter from the rain.
8. *MANIPUR* : Union Minister of State for Micro, Small & Medium Enterprises Bhanu Pratap Singh Verma has interacted with beneficiaries of Prime Minister Employment Guarantee Program (PMEGP) and entrepreneurs in Manipur.
9. *MAHARASHTRA* minister and BJP leader Sudhir Mungantiwar on Friday said an expansion of the state cabinet is expected to take place “soon” to fill up existing vacancies
10. *MADHYA PRADESH* School Education Department issued guidelines on Friday stating students up to Class 2 from all government and private schools in the state will not be given homework. It directed the schools to ensure students carry school bags of weights as prescribed by the department.
11. *TAMIL NADU* : Congress leader Rahul Gandhi will participate in an event in Tamil Nadu’s Kanniyakumari where CM MK Stalin will hand him the national flag ahead of the ‘Bharat Jodo Yatra
12. *WEST BENGAL*: CM Mamata Banerjee’s nephew and TMC leader Abhishek Banerjee on Friday said, “[I will] not bow my head before the BJP.” This comes after Enforcement Directorate (ED) interrogated him in the alleged coal pilferage scam.
13. Indian Meteorological Department (#IMD) says September may see excess rainfall in different areas of the country.
14. Home Minister Amit Shah to inaugurate 30th meeting of Southern Zonal Council at Kovalam in Thiruvananthapuram, #kerala today.
15.The assembly election in Gujarat, the home state of prime minister Narendra Modi and union home minister Amit Shah, are to be held in December.This time the BJP will have to face a challenge from the AAP, which beat the Congress and the BJP to form the new government in Punjab earlier this year.The last election was held in 2017 in which the Congress was the key contender against BJP. Delhi CM Kejriwal (AAP) talked about free 24hrs electricity, money for all women, free education, subsidy on fuel and other welfare measures in his 2 day visit to Rajkot for Gujarat election campaigns.
16. NASA scheduled its Artemis-1 mission launch at 11.47 pm, today.
17. Sanjay Gandhi National Park Captive tigress Srivalli pregnant with Bajirao’s cubs; SGNP to soon echo with young growls after a gap of 13 long years.
18. Both the Uddhav Thackeray-led Shiv Sena and the rebel Sena faction headed by CM Eknath Shinde have sought the Shivaji Park ground here as the venue for the annual Dussehra rally of the party.Shiv Sena, founded by Bal Thackeray in 1966, has been holding Dussehra rally since its inception. 19.NSA Ajit Doval visits Maharashtra CM Eknath Shinde’s Mumbai residence.Doval was welcomed by Shinde with a bouquet and a shawl after he offered prayers at Lord Ganesh`s idol at the chief minister`s residence.
19. After three years of prohibition, Ganesh idol immersion allowed now at Gateway of India.
×××××××××××××××××××××××
⚖️*CRIME REPORT*⚖️
×××××××××××××××××××××××
1. *WEST BENGAL* : The CBI arrested Trinamool Congress (TMC) leader and Halisahar Municipality Chairman Raju Sahani on Friday in a chit fund scam case registered in Kolkata in 2018. The agency recovered ₹80 lakh in cash, a firearm with live cartridges and documents of properties worth ₹2.75 crore
2. Gujarat, nearly six persons were killed and nine others injured after a car mowed down a group of devotees in Aravalli district.
3. Fugitive underworld don Dawood Ibrahim’s brother Iqbal Kaskar was admitted to Mumbai’s JJ Hospital for open heart surgery on Friday.
4. The body of a special POCSO judge was found hanging at his official residence in Odisha’s Cuttack on Friday, police said. The deceased has been identified as 49-year-old Subash Kumar Behari.
5. Gujarat riots case: Activist Teesta Setalvad walks out of jail
Teesta Setalvad was arrested on June 25 for allegedly fabricating evidence related to the 2002 Gujarat riots, and had been lodged in jail since June 26. 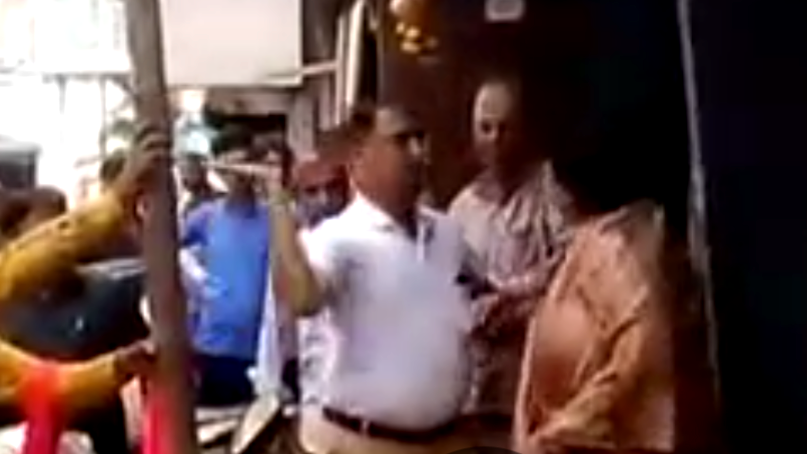 =======================
*BORN TODAY* 🐣💐
=======================
*Jaggi Vasudev* (born 3 September 1957), often referred to as simply Sadhguru, is an Indian yogi, mystic, and author.
He founded the Isha Foundation, a non-profit organization which offers Yoga programs around the world and is involved in social outreach, education and environmental initiatives.
Sadhguru was conferred the Padma Vibhushan civilian award by the Government of India in 2017 in recognition of his contribution to the field of spirituality.
September 3 is Sadhguru’s birthday! On 3 September, we celebrate the cause of River Revitalization which is close to Sadhguru’s heart. This auspicious day which is also the birth anniversary of Sadhguru has also marked the beginning of movements such as Rally for Rivers and Cauvery Calling that have been instrumental in spreading the message of River Revitalization across the world.
So on this day, let us celebrate Sadhguru’s birthday by planting trees!
#RiverRevitalisationDay
Here is an excerpt from a Satsang that happened on Sep 3 on 2013 where Sadhguru gives some insight into his relationship with Shiva.
Read the full article on Isha Blog: https://isha.sadhguru.org/us/en/wisdom/sadhguru-spot/burning-piece-life
====================
*IMPORTANT DAY**
==========================
*3rd September*
Skyscraper Day is observed on 3rd September. Skyscrapers are very tall buildings that define a city’s skyline. The day marks the ability of a man to construct an industrial masterpiece.
==========================
🙏🏻 *IDIOMS & PHRASES*
=======================
*Burn the midnight oil**
Work or labour late into the night
*Example Sentences*
It is very very hard assignment, and I had to burn the midnight oil to get it completed on time
=======================
*ANTONYMS** *
Enormous*× Diminutive
*SYNONYMS*
*Enormous*:colossal
=========================
🛕 *VEDIK GYAN*
(kindly inform, if given info is differ from actual facts🙏🏻)
=======================
*Bhagiratha** is a legendary king of the Ikshvaku dynasty who brings the Sacred River Ganges, personified as the Hindu River Goddess Ganga, to Earth, from the Heavens.
Survanshi king Dilipa’s son is Bhagirath
_Why did Bhagirath bring Ganga?_
Bhagiratha had only one purpose in his mind: to bring Ganga down on this earth and make her flow over the ashes of his forefathers who were burnt down by Kapilamaharshi’s angst; this would set his forefathers free. He did succeed in his purpose and that was the end of the story.
=======================
🧬 *HEALTH CARE: HOME REMEDIES*🩺
( *Note* : These home tips followed in villages/ancient traditions, it is up to you to use it or not🙏🏻)
=======================
*What is the reason for foul smell from mouth?*
The most common cause of halitosis is bad oral hygiene. If particles of food are left in the mouth, their breakdown by bacteria produces sulfur compounds. Keeping the mouth hydrated can reduce mouth odor. The best treatment for bad breath is regular brushing, flossing, and hydration.
Bad breath can be a warning sign that other diseases or illnesses are present. Postnasal drip, respiratory and tonsil infections, sinus problems, diabetes, liver and kidney issues, as well as certain blood disorders can all cause bad breath.
*Ways to stop bad breath*
Brush teeth twice a day. Brush your teeth two to three minutes at least twice a day to remove plaque and food debris. …
Floss daily. …
Brush or scrape your tongue. …
Use a mouth rinse.
=======================
Regards
Sachin Murdeshwar.✒️
*🙏PLZ FOLLOW the GOVT. NORMS, MAINT SOCIAL DISTANCE, KEEP YOURSELF ©YOUR FAMILY SAFE🌼*
Your email address will not be published.

Advertise with Us
Your AD Choices