Bengaluru, Oct 11 (IANS): Student, Muslim organisations and activists on Tuesday alleged that the ruling BJP government is allowing the Rashtriya Swayamsevak Sangh (RSS) to hold training camps for students in government residential schools in Karnataka and opposed it.
Vasudeva Reddy, State Secretary of the Student Federation of India (SFI) said: “The ruling BJP in Karnataka is allowing running of RSS camps in the Morarji Desai Residential Education institutions, which should be immediately stopped.” 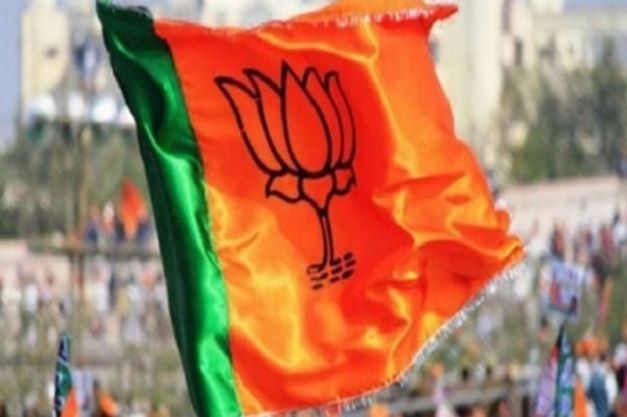 “If the organisation of camps by the RSS is not stopped, the SFI would take up a state-wide agitation,” he said.
Presently, the camp is being held in Mulbagal taluk of Kolar and Bidar of north Karnataka, he said.
“The RSS, known as a communal force, is allowed to conduct camps for students. Social Welfare Development Minister Kota Srinivas Poojari has himself recommended the holding of camps for students,” Vasudeva Reddy said.
“This is a part of saffronisation of education by the ruling BJP. The BJP is coming with this idea of communalism as continuation of hijab, school syllabus revision issues. This is an attempt by the ruling BJP to hand over educational institutions to the RSS. We condemn it,” he alleged.
“These RSS camps must be stopped immediately. In those camps, weapons are being used and physical training is being given. RSS is involved in anti-social activities. It is a matter of concern that what kind of an influence these camps would have on tender minds,” Vasudeva Reddy said.
Permission has been given to hold the Prashikshan Shivir (training camps) and is being done to train young men in Yogasana, personality development and nationalism, a notification issued by the state government said.
The permission has been accorded by the Social Welfare Development Minister.
The permission has been given to Prerana Pratisthan to hold one-week camp in Kolar district residential hostel.
The government has also allowed a similar camp through Akshaya Seva Pratishthana in the Uttara Kannada district. Another camp is being planned in north Karnataka, according to sources.


Situation in Karnataka is so bad with division between different communities created by BJP and RSS for political gains. Even Vishwa guru has not opened his mouth once and his silence is like approval of the current situation. There is massive unemployment, price of essential commodities has gone through the roof. Rupees are at lowest level and they are talking about 5 trillion economy.
Training young men in ‘Nationalism’? Oooooh! Can someone from Gobarment or the education minister explain how nationalism can be infused in the minds and heart of people? It is nothing but sessions to infuse hatred towards other religions. Why doesn’t the BJ gobarment hold some workshops on real knowledge which will help the youngsters in building their future?
Nothing new everyone knows about the situation, point of concern is everyone is keeping quiet even after knowing everything
This govts proiorities are misplaced. They are bent upon polluting the young minds with un wanted communal devide which is dangerous for a secular democracy like ours, which is hailed world over.
Disclaimer:
Please write your correct name and email address. Kindly do not post any personal, abusive, defamatory, infringing, obscene, indecent, discriminatory or unlawful or similar comments. Daijiworld.com will not be responsible for any defamatory message posted under this article.
Please note that sending false messages to insult, defame, intimidate, mislead or deceive people or to intentionally cause public disorder is punishable under law. It is obligatory on Daijiworld to provide the IP address and other details of senders of such comments, to the authority concerned upon request.
Hence, sending offensive comments using daijiworld will be purely at your own risk, and in no way will Daijiworld.com be held responsible.
Daijiworld Residency,
Airport Road, Bondel Post,
Mangalore – 575 008 Karnataka India
Telephone : +91-824-2982023.
General Enquiry: office@daijiworld.com,
News & Info : news@daijiworld.com
Kishoo Enterprises,
3rd Floor, Mandavi Trade Centre, Kadiyali, Udupi – 576 102
Telephone : 0091-820-4295571
E-mail : udupi@daijiworld.com
Daijiworld Middle East FZE,
P.O.Box: 84772, Dubai, UAE
Tel: 971-50-6597629
Fax: 971-4-2639207
Email: dubai@daijiworld.com
Copyright &copy 2001 – 2022. All Rights Reserved.
Published by Daijiworld Media Pvt Ltd., Mangalore.
Powered by ATC Online LLP