New Delhi, October 11: The Central Government on Tuesday announced the names of new Chief Justices for the High Courts in Rajasthan, Karnataka, Jammu and Kashmir and Ladakh.

Union Minister of Law and Justice Kiren Rijiju said following the Constitutional provisions, Justice Pankaj Mithal has been appointed Chief Justice in the Rajasthan High Court. In contrast, Justice Prasanna B Varale has been appointed the Karnataka HC’s Chief Justice. The Union Minister’s tweet also mentioned the appointment of Justice AM Magrey as the Chief Justice of Jammu and Kashmir and Ladakh.
Also Read | Apple’s AirPods, Mac accessories may get USB-C in next two years
The move comes days after the Supreme Court collegium had recommended their appointment. Justice Pankaj Mithal was elevated as Chief Justice of the Jammu and Kashmir High Court and took oath on January 4, 2021.
Earlier Justice Mithal was elevated as Additional Judge on July 7, 2006, and took oath as permanent Judge on July 2, 2008. Graduated in commerce from Allahabad University in 1982, he completed LLB from Meerut College in 1985. He enrolled as an advocate in the Bar Council of Uttar Pradesh in 1985 and practised at the Allahabad High Court from then on. 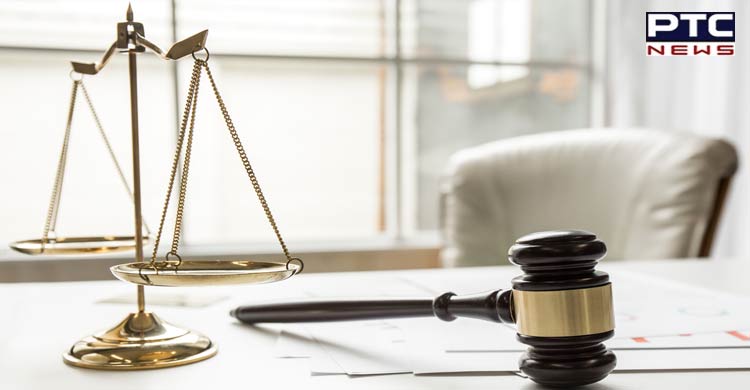 The Collegium has also recommended the elevation of Justice PB Varale of the Bombay High Court as the Chief Justice of Karnataka High Court. Justice Varale is the senior-most judge at Bombay High Court. He was appointed a judge of the Bombay High Court on July 18, 2008.
Also Read | Watch: Farmers’ protest in Punjab’s Sangrur enters Day 3; rain fails to dampen their sprit
Justice Prasanna B Varale graduated in arts and law from Dr Babasaheb Ambedkar Marathwada University and enrolled as an Advocate on August 12, 1985. He joined the Advocate SN Loya’s chamber and practised on the Civil and Criminal sides. He later served as a lecturer in Law at the Ambedkar Law College, Aurangabad from 1990 to 1992 and also worked as Assistant Government Pleader and Additional Public Prosecutor, High Court Bench at Aurangabad and Additional Standing Counsel for the Union Of India.
On September 30, the Supreme Court Collegium in its statement said it had recommended the elevation of Justice Ali Mohammad Magrey as Chief Justice of the High Court of Jammu and Kashmir and Ladakh.
Justice Ali Mohammad Magrey pursued his graduation and LL.B (Hons) from the University of Kashmir before enrolling as an Advocate in 1984 and started practising law in the District courts, including Revenue Courts/Tribunals.
He simultaneously started conducting matters in the High Court. Later appointed as Additional Advocate General in February 2003 with the allocation to General Administration Department, Health and Medical Education Department, Service Selection Board, State Public Service Commission, Estates Department, SKIMS and Vigilance Department.
Magrey was then appointed as Senior Additional Advocate General in September 2009 with the additional charge of the Home Department. He appeared and conducted important criminal, Division Bench and Full Bench matters involving important questions of law, on behalf of the State in the High Court as also in numerous appeals in the Supreme Court of India. He was appointed as Permanent Judge of the High Court of Jammu and Kashmir on March 7, 2013, and took the oath of office on March 8, 2013.
-PTC News with ANI inputs
PTC News is dedicated to the soul and heritage of Punjab offering authentic updates on current events, news, happenings and people that are of interest to Punjabis all over.
© 2021 Copyrights : All Rights are Reserved with G Next Media Pvt Ltd