By adopting a more emotional approach to its marketing and experimenting with its media mix, Maersk has successfully shifted perceptions of its brand and grown both revenues and profits, its head of marketing explains. 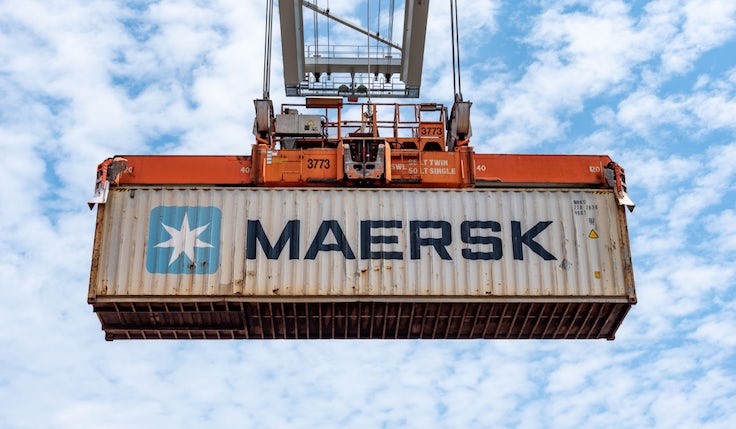 Six years ago, the entire global shipping industry was grappling with profitability. Fierce competition among smaller companies was driving down prices, and in 2016 Maersk – the world’s biggest container shipping company with more than 700 ships transporting around 20% of ocean business globally – reported a loss of $1.9bn.
That same year the B2B firm announced a plan to change its course and reinvent itself as an “end-to-end supply chain and logistics partner”, adding supply chain consultancy and logistics software to its revenue streams.
However, for the new direction to be a success, Maersk needed to overturn a reputation built over its 130 years as an ocean transport business, and shift its customers’ perception towards viewing it as a challenger brand in logistics and supply chain management.

Buy today to continue reading
Meanwhile, one third of B2B marketers plan to cut their investment into brand building over the next six months, according to new data from LinkedIn.
In the first of our new series, A B2B Marketer’s Best Friend, we explore how the relationship between marketing and finance has evolved at software giant SAS.
Marketing leaders at Sage, EY and Goldman Sachs share how they persuaded their CEOs to give them the investment they needed to build out their brands.
Advertising is like a mating ritual – impressive displays are more effective – which means consumers need to see what you’re spending on media and creative.
With the launch of its first retail store and an evolving media strategy, Gymshark’s chief brand officer and CEO are bullish about brand’s ability to reach beyond its core customer base.
The combination of Sir David Attenborough, stunning cinematography and powerful music make the BBC’s Frozen Planet II trailer the most likely cinema ad of August to drive long- and short-term impact, according to The Works study.
The drinks giant’s core strategy for dealing with the likely challenging economic environment in 2023 will be to “lean into growth”, its CEO has said.
Xeim Limited, Registered in England and Wales with number 05243851
Registered office at Floor M, 10 York Road, London, SE1 7ND