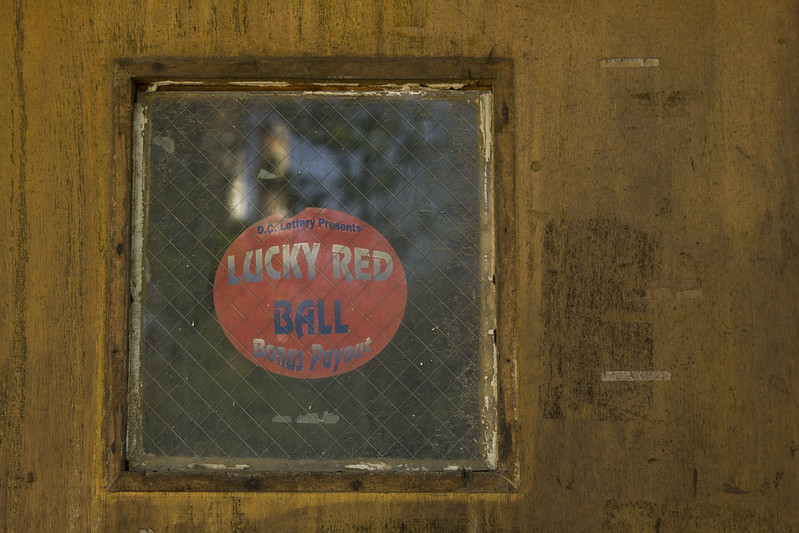 Photo by Lorie Shaull
From the office of Councilmember Elissa Silverman (no relation):
“Today D.C. Councilmember Elissa Silverman (I-At-Large) introduced legislation that would reboot the District’s troubled online sports wagering program by allowing mobile apps such as DraftKings and FanDuel to compete for business alongside D.C. Lottery’s poor performing GambetDC app. The bill would also prohibit the renewal of the city’s lottery contract with Intralot, which received a $215 million sole-source deal to run both the lottery and sports betting that was highly controversial.
The District’s sports betting program was supposed to be a bonanza, contributing approximately $25 million per year for the District’s budget. Instead, it has been dud–actually losing $4 million in its first full year of operations.
“We need to turn the page on this embarrassing episode,” Silverman said. “Residents deserve an online app that works, taxpayers deserve a program that brings in money for the District, and we all deserve a system where we don’t hand huge contracts to a preferred company and its subcontractors without even looking at the competition.”
Silverman was one of five Councilmembers who voted against the sole-source contract to Intralot, which operates D.C.’s lottery system. The contract and enabling legislation created an exclusive market for Intralot’s sports betting GambetDC app in the city, except around venues such as Capital One Arena and Nationals Park. Proponents of the deal said that the city would benefit from being a “first mover” in the region, but the Gambet app has been roundly criticized by betters for being difficult to use. Gambet largely shut down during the biggest sports betting event of the year – the Super Bowl. The program is bringing in less money than it has spent and is operating at a loss.
Gambet is the only app allowed to operate in the District, except in stadiums and retail establishments that are licensed separately to offer sports betting and in federal areas where sports gambling is not permitted. Meanwhile, neighboring jurisdictions are competing for sports betting revenue. Mobile sports betting apps became legal in Virginia last year, and Maryland is poised to launch its program as soon as next month.
Silverman’s legislation, the Sports Wagering and Fair Competition Amendment Act of 2022, would:
Read more in this explainer
“If we’re going to have a lottery and a sports betting program, let’s at least make it a revenue generator for the city so it can fund important efforts in public safety, public education and housing,” Silverman said. “And let’s stop the bad practice of awarding lucrative contracts without competition.”
The bill was co-introduced by Councilmembers Brooke Pinto (D-Ward 2), Mary Cheh (D-Ward 3), and Charles Allen (D-Ward 6).”
1220 Half Street, SE A reader sends the above of the window smashed at the Buffalo Wild Wings around 7pm: “It was SO loud. Can’t say anymore, ‘I don’t even…
3227 Georgia Ave, NW From a press release: “Tabla, located at 3227 Georgia Avenue in the Park View/Petworth neighborhood, will be hosting Mikheil ‘Mishiko’ Sulakauri (@streetdefault on Instagram), the renowned…
Thanks to Elena for sending from the Mall. Friends of the White Whale Society is brought to you by the team behind Hawks*** around Town. You can email your sightings…
photo by Diane Krauthamer Ed. Note: If this was you, please email [email protected] so I can put you in touch with OP. “Dear PoPville, On the Red Line Tuesday October…

Flying V has been saying for years that pro wrestling is an art form – this past summer Super Art Fight challenged us to put our pencils where our punches are (or something like that) and proposed the most epic
The International Club of DC and the RCAS cordially request the pleasure of your company at the Embassy of France for a delightful evening of classical music. The concert is followed by a wine reception. You are welcome to attend