The U.S. retail giants, who have invested billions of dollars in the largest untapped digital market in the world, are facing competition from an upstart e-commerce business that is luring more new customers to India than Amazon.com Inc. and Walmart Inc.’s Flipkart.
Meesho, based in Bengaluru, is the market leader in the emerging social-commerce space. It enables users to sell goods by sharing product listings with friends via Facebook, Instagram, and the widely used WhatsApp messaging app from Meta Platforms Inc. With an undisclosed position in Meesho, Meta is also a shareholder.
According to app analytics company Apptopia, Meesho was the most downloaded shopping app globally during the first half of this year, with users praising its usability, variety of products, and affordable prices. The app, which is only available in India, received 127 million downloads within the same time period, compared to 81 million for Amazon and 50 million for Flipkart.
According to Meesho Chief Financial Officer Dhiresh Bansal, Amazon and Flipkart are “primarily for the top 1%-5% of the population” in terms of money and focus on more expensive products like smartphones and televisions.
According to Mr Bansal, Meesho aims to dominate the market for basic commodities like apparel and home items frequently offered in unorganised retail, making up as much as 85% of India’s retail market. He stated that the business serves the hordes of customers who are accustomed to shopping in corner stores but are now using the internet.
Meesho was established in 2015 and has raised $1.1 billion from investors, including Meta, the Vision Fund of SoftBank Group Corporation, Sequoia Capital India, and the venture capital firm B Capital Group of Facebook co-founder Eduardo Saverin. Meesho is not yet profitable, but according to Mr Bansal, it will be at some time, and it plans to try to go public. It is estimated to be worth $5 billion.
Meesho still has ways to go before it catches up to Amazon and Walmart, which have collectively invested more than $22 billion in India since 2014. According to research from the American investment firm AllianceBernstein, each generates over $20 billion in annual online sales in India, accounting for almost 60% of the country’s online sales.
Meesho is in charge of $5 billion, or 7% of all sales in India.
Although online shopping has grown more slowly than in other major countries, American companies entered India eager to take advantage of the hundreds of millions of people going online for the first time there. According to AllianceBernstein, only 5% of retail sales are still made online, which is far less than the 14% global average.
According to AllianceBernstein, the e-commerce sector in India is expected to nearly double to $133 billion in 2025 from $72 billion this year, driven by consumers in smaller cities and villages.
Mansi Khajuria, a college student who is 18 years old, resides in the Uttar Pradesh state of India in the village of Barooki, which is home to several thousand people. She has occasionally used Amazon for shopping, but she has never used Flipkart.
She favours Meesho’s greater variety of products and frequently purchases stuff like blouses for as little as 99 rupees, or $1.20, and shoes for $1.46.
“Meesho is my Zara,” Ms Khajuria said, referring to the fashion chain she had heard of but couldn’t afford, owned by the Spanish company Inditex.
Customers open Meesho—its name combines the Hindi word for “my” and the English word “shop”—and browse a TikTok-like feed. It shows mostly unbranded items such as saris, sunglasses and shampoo, many costing less than on Amazon or Flipkart.
Users can order goods and pay in cash when they are delivered to their doorsteps. There is no minimum order requirement, and shipping is free. The sellers decide the profit margins. For instance, Ms Khajuria frequently sells products to friends via Facebook and WhatsApp, earning between 61 cents and $1.22 for each deal.
Meesho earns money primarily through advertising, with vendors paying to have their products featured more prominently in the app. This is similar to how Alibaba Group Holding Ltd. makes money from its well-known Taobao shopping platform in China.
According to Apptopia, Meesho’s app was opened by its users more than 1.4 billion times in India last month, compared to 875 million for Flipkart and 570 million for Amazon.
In April, Amazon, which has invested $6.5 billion in its operations in India since entering in 2013, forayed into the social-commerce space by purchasing the GlowRoad business for an unknown sum. An inquiry for comment regarding Meesho received no response from an Amazon spokeswoman.
Last year, the 2007-founded Flipkart company introduced Shopsy, a social commerce platform. Shopsy is expanding quickly, according to a Flipkart representative, who declined to comment on Meesho. Walmart purchased Flipkart in 2018 for $16 billion, and two years later, Walmart led a $1.2 billion round of investment in the business.
In the expanding e-commerce market in India, other businesses are also sprouting. The Indian government began a limited launch of its own e-commerce aggregator last month, and local giants Reliance Industries and Tata Group are among them. Fast delivery companies like Dunzo and Zepto are also among them.
Customers may search across platforms, compare pricing, and make purchases using the aggregator, which includes listings from Amazon, Meesho, and other sources.
According to the government, it is intended to democratise internet buying and give smaller players more power. A spokesperson for Flipkart declined to comment on whether the business will participate.
Before Diwali, the festival of lights that is one of India’s major holidays, Ms Khajuria said she is excited to sell—and shop—more Meesho this month.
“During the festival season, everyone shops, “She spoke. “I’ll shop more if I have more money.” 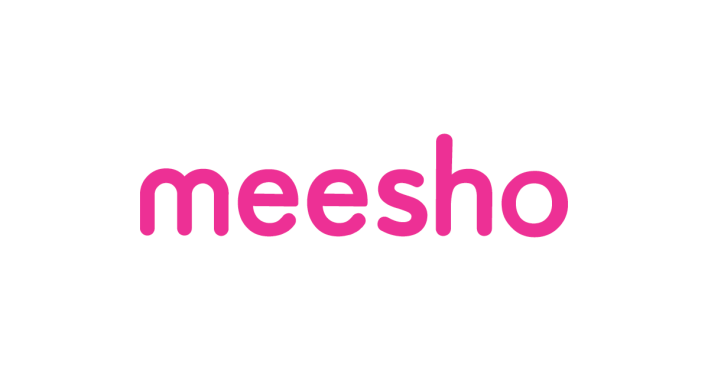 Meesho, a platform for online resellers, most likely doesn’t require an introduction. The platform has established a market for itself and gained appeal among buyers and sellers because of how simple it is to use and how inexpensive it is. Meesho offers shipping and returns that are reasonably priced, swift, and secure. Meesho is trusted by more than 2.6 million resellers in India.
The Bangalore-based company wants to make an environment where anyone can launch a business without investing money. The business boasts of having more than 2 million resellers and more than 20,000 Meesho suppliers from more than 500 different locales.
Meesho operates on a commission of approximately 10–15%, and sellers can profit by adding a gross margin to each transaction.
The largest resale site in India, Meesho, was founded in 2015. Manufacturers and resellers are mostly connected through the Meesho app. The Meesho shopping app allows manufacturers to publish their products, from which retailers can choose any one and sell it to customers via social media sites like Facebook, Instagram, and WhatsApp.
Some of the vendors who offer their products on Meesho include producers of apparel, accessories, furniture, kitchenware, and cosmetics.
Independent resellers can then choose any product from these vendors and promote it to customers on the aforementioned social media networks. Selling something might be as simple as posting a Facebook post or sharing a photo of it on Instagram. The items are delivered to the buyer’s home after the consumer and the reseller agree on the transaction. 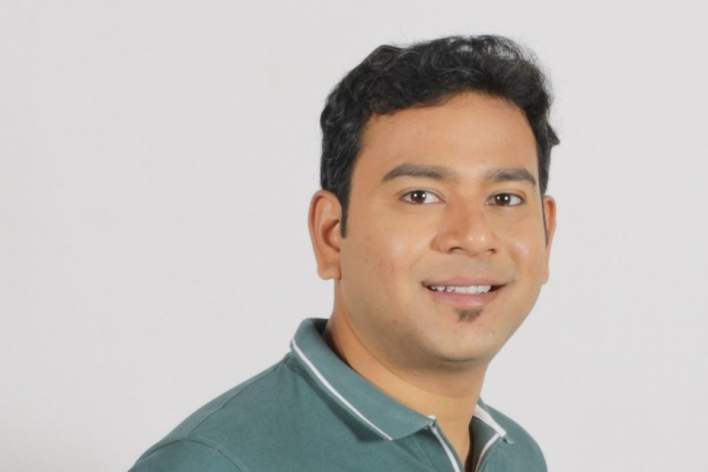 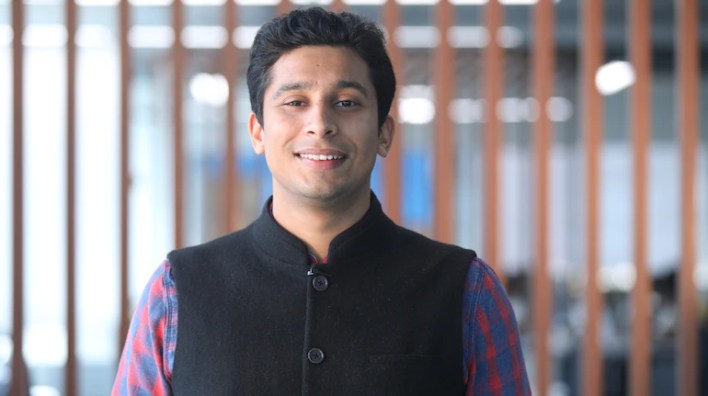 Meesho’s co-founder and CEO is Vidit Aatrey. The co-founder of Meesho formerly worked at InMobi, a mobile marketing platform, where he developed growth strategies for the business. While working at ITC Limited, Aatrey also saw the operations side of the company.
Meesho has a staff of more than 750 people working for it.
Meesho was first introduced in 2015 as FASHNEAR. FASHNEAR utilised a similar business model to Swiggy or Zomato. Through FASHNEAR, which deals with fashion-related goods, customers can acquire apparel and fashion accessories from nearby shops. Using the FASHNEAR app, customers could place orders from these neighbourhood shops, and delivery services were offered for the delivery of their purchases. Local retailers of apparel and accessories could sign up with the app. However, the inventors quickly realised the flaws in the FASHNEAR business model. One of the main drawbacks, according to them, was that customers weren’t especially concerned about buying clothing from surrounding retailers.
The shop owners also intended to increase sales by selling their products across the country online rather than locally. These problems pushed Vidit and Sanjeev to create a better business plan. At the conclusion of 2015, the name Fashnear was changed to “Meesho.”
The founders made numerous visits to learn about the issues facing retailers and resellers. They noticed that many entrepreneurs were already selling goods through WhatsApp, but their market was limited because they only offered local delivery. They also discovered that most MEESHO-registered companies were owned by women, who promoted their goods mostly online instead of in physical stores. Women may now launch a reselling business from home without purchasing any inventory thanks to Meesho’s existing business model, which was created with these realities and issues in mind.
Additionally, Meesho now allows small producers and retailers to transport their goods across the country while handling product delivery, allowing COD options and ensuring that buyers can return the items immediately if they so want. Meesho serves as a conduit between suppliers (i.e., businesses that promote their products on Meesho), resellers, and buyers. Meesho also aids vendors in maintaining their stock levels. 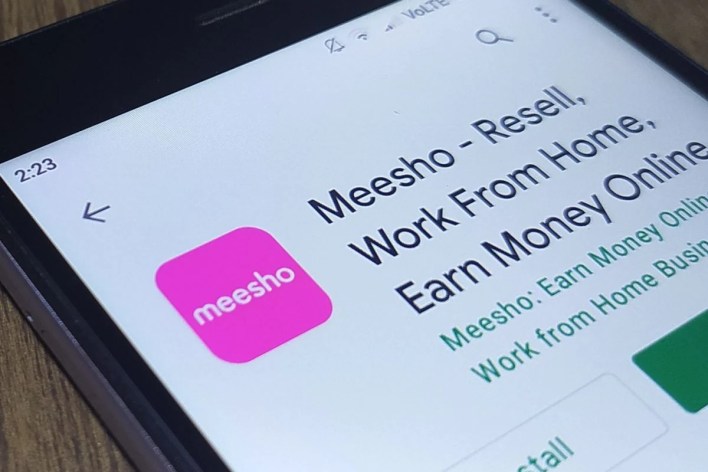 Meesho’s primary seasonal sale event, the Maha Indian Shopping League, which ran from October 6 to October 9, saw a 750% increase in users compared to the prior year, 2020. The Tier-4+ markets, which included remote locations like Khawzawl in Mizoram and Sopore in Jammu and Kashmir, accounted for around 60% of the total demand.
The company says that merchants saved over Rs 13.6 crore during the Christmas sale because of its 0% commission scheme, an industry-first launched earlier this year. During the Maha Indian Shopping League, the company had a 314% increase in merchant participation, which resulted in a 10X increase in revenues over the previous year. Meesho onboarded over 100,000 suppliers before the sale event with various creative strategies, including free ad credits and free return shipping for the first 30 transactions.
Customers received about Rs 60 crore in discounts during the sale period. Meesho was very successful in its fashion division. Orders for women’s garments and accessories climbed by 623% yearly, while orders for men’s clothing increased by 640%.
Meesho, which had been valued at $2.1 billion after receiving $300 million in a new investment round backed by SoftBank Vision Fund 2, joined the elite unicorn club in April 2021 and was the most recent company to do so. In March 2022, the company’s latest valuation was $5 billion.
By December 2022, Meesho hopes to surpass its 100 million monthly transactional users from June 2022. With the aid of the capital it received in the most recent funding round, it plans to triple its technical and product skills, raise the number of products it provides to over 50 million, and position itself as India’s leading marketplace for customers, sellers, and entrepreneurs.
Farmiso (Meesho Groceries), a community group purchasing (CGB) company, aims to bring its grocery and fast-moving consumer products services to more than 200 areas. In India’s Tier II marketplaces, the company is making online grocery shopping cheap for first-time customers by enabling them to select from a wide range of commodities at ticket sizes as low as $1–$2.
EDITED and proofread by nikita sharma
Lorem ipsum dolor sit amet, consectetur.
Your email address will not be published. Required fields are marked *